About Graham Archives Get new posts by email My blog is re-launched!
Previous month:
November 2013
Next month:
January 2014 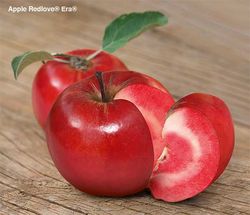 My New Plants blog started on the Royal Horticultural Society’s website back in April 2008, over five and a half years ago, and since then I’ve written up well over four hundred new plants. Some, of course, have captured gardeners’ attention more than others so I thought it would be interesting to see how many times each write-up had been viewed – and come up with a top ten of the most popular. Of course, those I wrote up four or five years ago have been available much longer than those I posted more recently, so they’ve had a better chance of been seen.

One plant is way way ahead of all the others. Apple ‘Red Love’, from June 2010, has about 50% more views than the plant in second place which, surprisingly, is Coprosma ‘Pacific Sunset’ with its colourful foliage. The unusually dwarf Buddleja Buzz Series is third while the plant in fourth place is the 2011 Chelsea Flower Show Plant of The Year, Anemone ‘Wild Swan’.

Here’s the all time Top Ten, with links to the original posts. It’s a fascinating list. 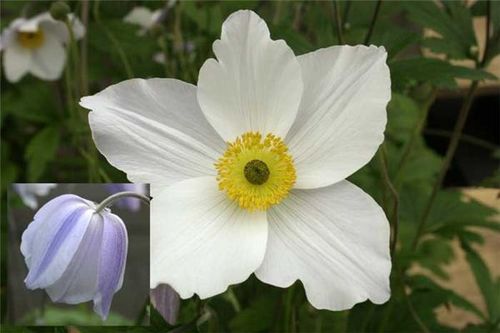 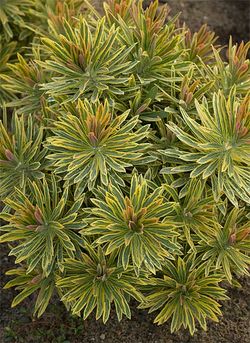 Just back in Pennsylvania from England, with some strange stories about Christmas crackers, doggy bags and windscreen washer fluid.

Before leaving England, I packed two large boxes of Christmas crackers in my suitcase to bring back to the US. They took up more than half the space in the only case I’m allowed without having to pay $100 extra. [For the benefit of American readers, who may be unfamiliar with Christmas crackers, these are the decorated cardboard tubes, with a little parcel of gifts inside and a paper hat and a silly joke (see below). Two people each pull on an end of the tube, the cracker breaks with a bang created by the same sort of material that’s in a cap gun, and out spills the goodies.] I know crackers are not a big thing for Americans at Christmas, which is why I always bring some good ones back from England.

Well. My two boxes of eight – about $75 worth - were confiscated at the airport in London. Apparently the tiny TINY MINISCULE amount of material that makes the bang sets off the security sensors that detect explosives. So that was that. First time I’ve heard of this in 15 years of transatlantic cracker transportation. So be warned. Christmas crackers are not allowed on flights. You can, I have to say, buy Christmas crackers in the US of course, they’re listed on amazon.com and on eBay too. But they’re not the same. 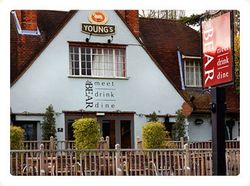 So - the family had a Christmas lunch at The Bear in Oxshott in Surrey, an old English pub which has developed its food in a big way. The food was good, the service a little slow though for a family get-together slow service is no bad thing. But. The portions were a good size – especially for my four-year old grandson – but they would not box the surplus and up let us take the extra food home. They would not give us a “doggy bag”, as the English expression has it.

The rather mixed reasoning from staff cited health and safety regulations and we were also told that if customers took food home, reheated it and became ill as a result of not re-heating the food sufficiently – the pub would get the blame.

They would rather throw good food away than risk getting the blame if in a day or two a customer is ill.

I can’t imagine any American restaurant trying that one. Finally… I long ago learnt that just about everything is more expensive in Britain than in the US. The rule of thumb is that the number might well be the same - but it’s £££ rather than $$$ so the currency conversion adds about 50% to the price.

But driving home from my daughter’s shortly before flying back, the screenwash ran out. I stopped to buy some. It cost me £6.99 ($11.43) for four liters (1.06 US gallons) – that’s $10.78 per US gallon. Yesterday I bought a bottle of windshield washer here in Pennsylvania – it cost me $2.09 for one US gallon (3.78 liters). The British windscreen washer fluid was more than FIVE TIMES the price!

The petrol, by the way, at £1.299 per liter (= $8.04 per US gallon) was a little over twice the price of gas in our local gas station here in Pennsylvania. Most of the extra cost is tax, of course – and Brits do have universal free health care.

Next day: Jokes from Christmas crackers
OK, this will give you an idea of what's required in a Christmas cracker joke. They're all from the crackers left over from last year. Try them at your party - and be prepared for the groans!

Q: What do you call a boomerang that doesn't come back?
A: A stick

Q: What did the fish say when it swam into a wall?
A: Dam

Q: Why are ghosts so bad at lying?
A: You can see right through them.

Q: What do you give the man who has everything?
A: Antibiotics

Q: What do you call someone who makes clothes for rabbits?
A: A hare dresser.

Q: How does Good King Wenceslas like his pizza?
A: Deep and crisp and even.

Q: What did the grape do when it got stepped on?
A: It let out a little wine.

Thank you, and goodnight... 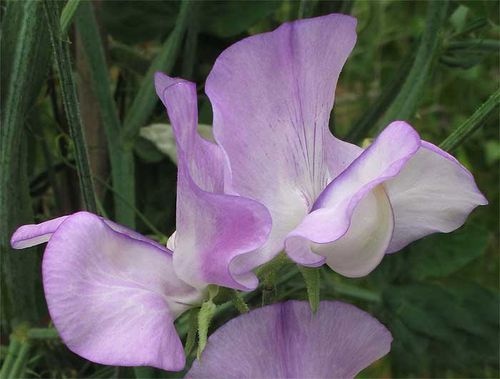 A month or two back I discussed American varieties of tomatoes that British gardeners can order from across the Atlantic. Time now to return the favor, and point out the British sweet pea specialists who will send sweet pea seed across to gardeners in North America. Many will only send to Europe.

But first, it’s only fair to point out that there are two US-based sweet pea specialists. Sweet Pea Gardens in Maine, who I visited when working on my book on sweet peas, have a good range. Enchanting Sweet Peas in California also specialize in sweet peas. Also, Renee’s Garden in California has listed a good range for many years, along with seed many other fine flowers.

So, I’ve checked all the British mail order sweet pea suppliers and these five specialists will send seed to North America and also have easy online ordering.

Eagle Sweet Peas
Carefully chosen Spencer varieties for the gardener and exhibitor, including a steady flow of varieties raised by at the nursery.

English Sweet Peas
One of the largest wholesale suppliers of sweet pea seed to retailers, they also have their own online retail site listing a large range of old-fashioned, modern Spencers and dwarf types.

Kings Seeds
Founded in 1888, they list a fine range of varieties although the website is a little clunky and old-fashioned. 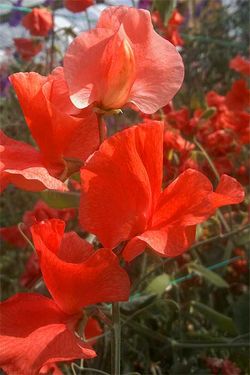 Thirteen consecutive Gold Medals at the Chelsea Flower Show, focusing on high quality Spencer sweet peas for the garden and showbench – including some excellent varieties that Dave Matthewman has raised himself such as 'Clementine Kiss' (right, click to enlarge).

Owl’s Acre Sweet Peas
I discussed Owl’s Acre in an earlier post and, in particular, their series of dwarf varieties for container. They also list a wide range of old-fashioned types, modern Spencer types and winter-flowering varieties.

A number of other suppliers are worth considering, but do not have online ordering; they need you to download and print an order form and send it in by mail.

Kerton Sweet Peas
Carefully chosen Spencer varieties for the gardener and exhibitor, including varieties raised by at the nursery. 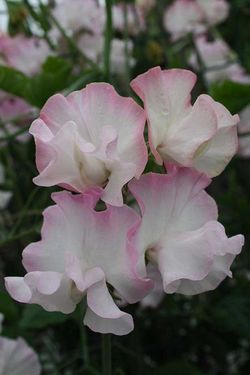 Myers Sweet Peas
Carefully selected Spencer varieties for the gardener and exhibitor, including varieties raised by at the nursery including 'Deborah Devonshire' (left, click to enlarge), and some old-fashioned types.

Somerset Sweet Peas
Carefully chosen Spencer varieties for the gardener and exhibitor, including a fine selection of exceptional varieties developed by Keith Hammett including 'More Scent' (top, click to enlarge).

So many superb sweet peas, and some excellent, dependable British suppliers. And of course British gardeners can enjoy them too.