About Graham Archives Get new posts by email My blog is re-launched!
Previous month:
January 2014
Next month:
March 2014 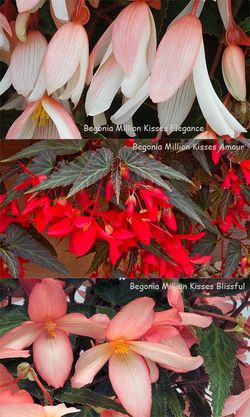 Last time I took a look at new foliage begonias from the US, that I expect British gardeners will be seeing soon. This time – it’s the other way round… new British begonias that North American gardeners should have on their watch list. And while so many of the new US begonias come from one creator, the same is true in Britain.

In recent years Britain’s Fred Yates, from Cheshire in the northwest of England, has introduced more fine new flowering begonias than anyone else - starting with his exceptional Million Kisses Series (left, click to enlarge). These hybrids derived from Begonia boliviensis feature single flowers, in seven colours – and in vast quantities. The blooms come all summer long and into the autumn. Amour (‘Yamour’) is red, with dark leaves; the latest, Blissful (known as Cute Kiss Pink in North America), is a blush and pink bicolour; Devotion (‘Yafev’) is red; Elegance (‘Yagance’) is a white and pink bicolor; Honeymoon (‘Yamoon’) is yellow; Passion (‘Yabos’) is orange-scarlet; Romance (‘Yamance’) is salmon pink. You’ll be amazed at how prolific and colourful they are.

Three more from Fred Yates which I especially like are ‘Glowing Embers’, Sherbet Bob Bon (‘Yabon’) and Cherry Bon Bon (‘Yachbon’). All have a neat, semi-trailing habit and never become straggly and thin.

‘Glowing Embers’ is simply gorgeous, its combination of rich dark foliage backing a long long season of vivid, fiery orange single flowers. In America it's known as ‘Sparks Will Fly’. Sherbet Bon Bon has two tone yellow flowers with pink tints and a neat double centre while Cherry Bon Bon has cherry pink flowers with a golden tint to its double centre.

Two British-bred seed-raised begonias that seem to be doing well not only in Britain but in parts of the US with hot summers are the Ikon Series. These vigorous and robust hybrids make substantial plants which take heat and drought once established, There are only two so far, both with pink-and-white flowers: ‘Ikon Blush White’ has red-backed green leaves while ‘Ikon Bronze’ has bronze foliage.

Finally, Thompson & Morgan have launched a British campaign entitled The Big Begonia Revival. Frankly, I thought the revival was well under way but T&M are making the most of it. They’ve been breeding fragrant begonias since 2006 and now have their Fragrant Falls Improved Series, in three colours: ‘Apricot Delight’, ‘Lemon Fizz’ and ‘Rose Syllabub’ (below, click to enlarge). All are double, all are fragrant and all have compact, semi-trailing growth and are ideal in baskets and trailing over the edge of large pots. You can read T&M’s fascinating account of the development of scented begonias, from 1886 right up to their latest own introductions.

All these begonias are available in Britain this year though some may take a little hunting out. Almost all be available in North America too, so get Googling. North American gardeners will have to wait till 2015 for the three colours in the Fragrant Falls Improved Series. 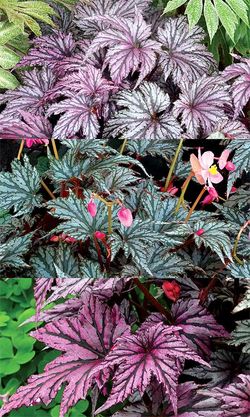 There are about nine hundred species of begonias, so it’s hardly surprising that they’re so important to gardeners. And on both sides of the Atlantic new begonias are arriving fast. In the States, it’s mainly foliage types to grow outside in containers, or even as hardy perennials; in Britain it’s flowering varieties for containers, many with blood from B. boliviensis, that are making an impact.

I think that each country should grow more of what the other is already growing. So, today, I’m going to have a quick look at the new foliage types and next time I’ll feature the new flowering types.

So new styles of foliage begonias for use in patio pots and the open garden have been pouring out of Terra Nova Nurseries in Oregon, the world’s leading developer of new perennials. [Terra Nova don’t do retail, ever, so please don’t ask.]

Terra Nova started by identifying a few existing foliage begonias and bringing them to a wider audience. The first was ‘Bentichoba’, a hybrid from Japan originally introduced in 1973, with silver and green leaves, tinted pink when young. This is actually turning out to be unexpectedly tough and is reckoned to be hardy outside in most of Britain (zone 8), dying down in the autumn like other perennials.

They began breeding their own and the interspecific hybrid ‘Metallic Mist’ was their first, with bold dark-veined silvery leaves. It’s thought to be even hardier than ‘Bentichoba’.

Then last year they launched a host of new foliage begonias which will be getting around North America this year and in Britain in a year or two. There are four series: the Garden Angel Series, Shade Angel Series, T Rex Series and the Cool Breeze Series.

The three in the Garden Angel Series (above, click to enlarge) are said to be hardy down to zone 7 (-18C/0F) and look as if they’re derived from ‘Bentichoba’. They’re big, making plants 2ft/60cm high and wide with large maple-like leaves in various combinations of silver, green tones, pink and purple. So, they should make dramatic hardy perennials in many areas.

The first in the Shade Angel Series, ‘Aurora’, is described as having “iridescent foliage in aquamarine, lavender, raspberry pink and cream overlaid with mother-of-pearl”. It’s quite something and would be excellent as a container specimen. Their T Rex series includes three more compact varieties in vivid colors and patterns that are again designed for summer containers outside.

Finally, there’s the Cool Breeze Series (above, click to enlarge) in four foliage colors, including the silver leaved ‘Cool Breeze Rouge’ that develops pink tints in summer a little like a Caladium. These are for summer containers and will keep going well into autumn, not being damaged till the temperature is down to 38F/3C. 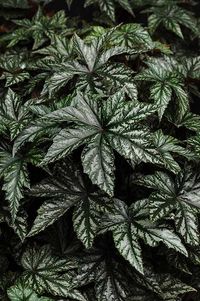 All these begonias should be available this season in North America. ‘Bentichoba’, ‘Metallic Mist’ and ‘Gryphon’ are already available in Britain, these startling newcomers from TerraNova should follow soon.

For more detail on all Terra Nova’s begonias, past and present, take a look at the begonia page on their website. 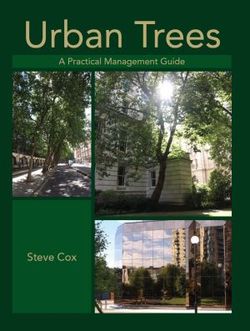 Trees in town and city environments take quite a punishment. Compaction, bad drainage, irregular moisture supply, lack of light, heavy pruning and training, root damage from construction – it’s amazing that so many do so well.

But the correct management makes a huge difference to whether urban trees succeed or fail, whether they look attractive and whether they stay safe. This book, by one of Britain’s foremost experts, will help anyone looking after trees in towns or cities ensure they contribute significantly to the townscape. The death last year of a pregnant woman as a result of a tree falling on her in a New York park highlights the issue of tree safety which is a current running through the book.

This is a very practical book, packed with guidance on bringing out the best in urban trees and helping them deal with what is, after all, an unnatural environment while ensuring the safety of everyone enjoying them. And while it’s written by a British expert arborist, the principles he discusses have relevance in a wide range of temperate climates. Goodness! Time flies when you're having fun. But it's time again to set out the work that I've had published online recently, all the titles are linked so that you can hop over and take a look.

Here on my Transatlantic Gardener blog

Our favorite new garden tool of the year

Distinctive trees of our local forests

The Petunia that's an Ipomoea and more botanical fibs


In my Royal Horticultural Society series: Ten award-winning plants
Each month I pick ten plants for a particular spot in the garden or with a specific feature in common. All ten plants have been awarded the RHS Award of Garden Merit (AGM).


On my Royal Horticultural Society New Plants blog
My twice-a-month choice of some great new plants, recently made available to British gardeners. 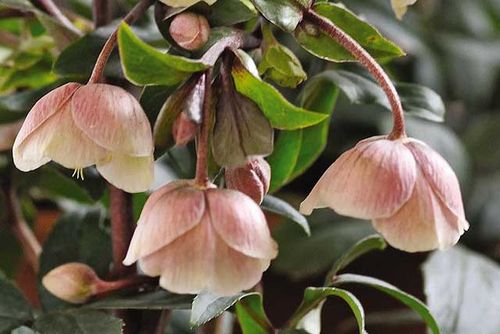 I hope you enjoy what I think is an intriguing range of blog posts and features.