Transatlantic Gardener is back!

It’s been quiet around here recently, hasn’t it. Sorry about that: lyme disease, new grandchild, selling an apartment, buying a house, renovating a house… Lots of stuff going on. Not enough hours (or energy) in the day.

But here we are again, and we’re appreciating the perennial advice that when we move into a new home we should take a year assessing the garden before we make any changes. One of the few old garden maxims that actually makes sense.

We looked over our new English cottage (above), just round the corner from the previous one, two or three times in the spring and summer before buying it and noticed the mature specimen of the yellow-leaved form of the pheasant berry, Leycesteria formosa Golden Lanterns (‘Notbrue’) (below), with its supposedly golden leaves and purple late summer and autumn flowers. Have to 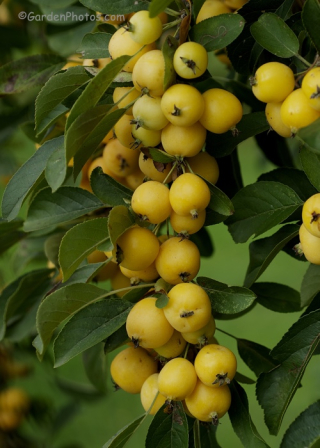 say… the leaves look a little more bleached than gold. But I don't think it will be for the chop, I know its color will be better in spring: unlike the hideous pink and white variegated willow (Salix integra ‘Hakuro Nishiki’) which I just can't bear to illustrate – where's the saw?

Back in the summer, we had no idea that we had pink and white hardy cyclamen because they were dormant. Now, they’re  lovely. Nor that the huge upright holly in the neighboring garden would prove to be a ‘Camelliifolia’, now heavily laden with scarlet berries. Or that there was a ‘Golden Hornet’ crab apple (above) on the other side also dripping in fruit: there should be plenty of birds enjoying the bounty.

And it turns out that we also have two large and mature (so far unidentified) viburnums, also developing berries. And I know there are snowdrops because some irritating creature had dug them up and scattered them about. The feeders are up, and the birds quickly found them. And the red kites continue to keep an eye on it all from overhead.

Anyway, I'm very pleased to say that postings from the Transatlantic Gardener have resumed. Thank you for your patience – and for checking in today. There'll be a little flurry of catch-ups before things settle down again. 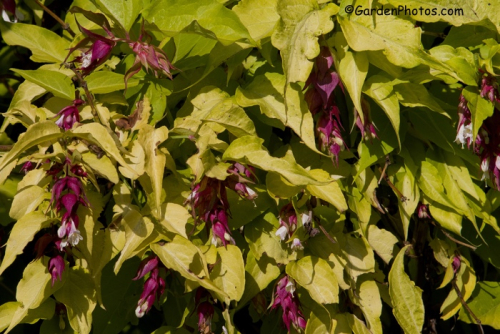 Thank you, Jean... Lots of good things are lined up to discuss...

Good to see you back. The quiet was a bit worrying. With all that's going on, how's the ticker doing?
You might want to remove the link imbedded in the photograph of your new digs. It leads directly to an advert for your new place along with the sales price. The advert say there's a "splendid rear garden" and raised beds. No doubt it will be even more splendid in short order.
Again, good to see you posting once more and looking forward to what's comming.

Relieved and delighted you are back. We missed you.

Thanks, Ed, I'm looking into that. And thank you Genny... it's good to be back posting on the blog.

Thanks, Ed, for helping me solve that little mystery. And yes, the rear garden is splendid - especially as like the house it's two properties joined to make one.

Happy to see that you are back.

Thank you, Luise... Some plant book gift ideas coming up...

Welcome back, Graham. I hope you enjoy making a new garden after you settle into your very English-looking new home. Best wishes for good health and for a satisfying holiday season with your family. Best, -Beth

Thank you so much, Beth. At present I'm thinking about the new English garden from 3000 miles away here in the Pennsylvania snow.