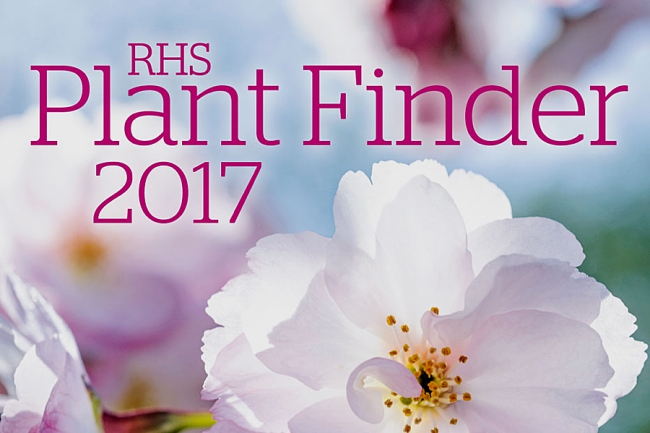 The Plant Finder does two things and, in fact, it’s the one that’s not hinted at in its title that has universal value. Because, in order to establish which plants are sold by which nurseries, the names of the plants have to be standardised otherwise the same plant could be listed under three or four different names. And it’s the up-to-date determination of the correct plant names that’s so valuable across the globe. (The Royal Horticultural Society Plant Finder also tells you where to buy every one of the 72,000 plants listed.)

A team of Royal Horticultural Society botanists make decisions on names based on the latest research around the world and in consultation with experts everywhere. And the RHS has become more conservative, over the years, only this year determining that the hardy perennial sedums belong in their own genus, Hylotelephium, a change made in North America some time ago. But this up-to-date standardisation of the names is what makes the book valuable on all continents.

One of the features of this 30th anniversary edition of the Royal Horticultural Society Plant Finder is a range of contributions on the subject of the unique legacy of the 30th anniversary edition of the book. And one of the contributors is – me! I was asked to pick five plants included in the Plant Finder that I couldn’t do without. I chose a snowdrop, a hellebore, a sweet pea, a heucherella and a physocarpus.

Expert plantsman Tony Lord, who supervised the clarification of the plant names from the Plant Finder’s early days until soon after the RHS took it over, has included a history of the book but there’s one thing that he hasn’t mentioned. Eight years before the very first edition of the Plant Finder in 1987, I myself set out to produce exactly the same book. I had the support of leaders at Kew and the RHS and from one of the top British garden book publishers. So, early in 1979, I asked all the mail order nurseries I knew about across Britain and Ireland to send me their catalogues and I began collating their listings into a database from which the book would be produced.

I was living in Dublin at the time but no sooner had I set about acquiring catalogues than there was a postal strike – which lasted for eighteen weeks, that’s almost five months! And, of course, back then there was no internet and everything was done by post. So the whole project, which of course depended on being up to date, fell apart. And then I got a job as writer on the late lamented Practical Gardening magazine, hired by the influential UK TV gardener Geoff Hamilton, who was the magazine’s editor, and there was no time to revitalise the project.

Fortunately, Chris Phillip, his partner Denys Gueroult, and Tony Lord, with whom I trained at Kew (and who, let’s not mess about, usually beat me in the weekly plant identification test by a point or two…), made the Plant Finder the invaluable reference that it is today. Frankly, they did a better job than I would have done and I salute them and their RHS successors.

Every gardener, every plantsperson across the world, every nursery owner and propagator, every garden writer, every plant breeder - everyone with a serious interest in plants - should have the latest edition of the Plant Finder on their shelf. It’s that simple.

Order the 2017 RHS Plant Finder in the Britain and Ireland

Check out the Plant Finder's predecessor, the Plant Directory, produced by the Nottinghamshire Group of the Hardy Plant Society.

Great History Graham Thank you so much
Jean

Thanks, Jean, I always like to get hidden truths out there...