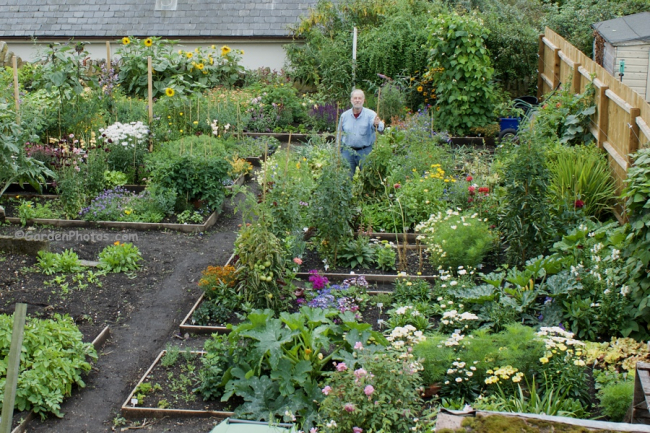 Back in March, I started to create a trial garden, a test garden if you like, in Northamptonshire. The idea was to grow new, recent and upcoming varieties so I can report on them from experience as well as grow cut flowers and vegetables. And that’s exactly what I’ve been doing.

During winter, my friend and helper (and artist) Carol Parfitt made a start by digging out bindweed and just about everything else that was growing in the plot leaving me a clear canvas. Then I made a series of rectangular raised beds using 15cm (6in) pressure treated boards, each bed is 1.2m (4ft) wide with 60cm (2ft) paths between.

The soil is good: old English cottage garden soil that has been improved with soot and compost for generations (not to mention, in earlier days) enrichment from pigs and chickens. Most of the new beds had soil improver added.

Things were a little late getting going, after all I was making beds long after planting and sowing time for many varieties. But as soon as each bed was ready, plants and seeds went in. Then I’d make the next bed, and more plants went in.

Weeding has been a big issue, the tiniest slivers of bindweed root will grow, after all, and moving soil around exposed the seeds of annual weeds which soon germinated. But regular weeding has kept them down and only what Brits call the Duke of Argyll’s Tea Plant (Lycium barbarum) has proved a lasting problem. More about that another time.

The trials of leucanthemums and cosmos and clematis and calendula have been fascinating. Leucanthemum ‘Real Glory’ (below) has been a real star. We’ve had more cucumbers and tomatoes and zucchini than we could cope with (though not enough lettuces). Cut flowers have filled our tables and windowsills and been given away and there’ve been successes and failures amongst the American varieties I’ve been growing in Britain for the first time.

Through the autumn I’ll be discussing some of the results of this year’s trials here and also on my Plant Talk blog for Mr Fothergill’s. Please check back and take a look. 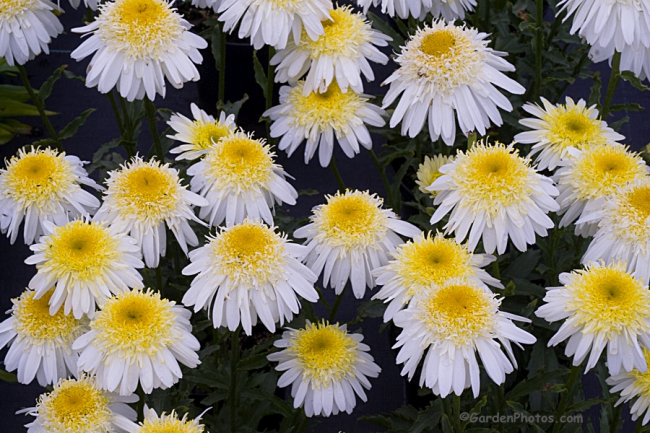