About Graham Archives Subscribe to this blog Get new posts by email
Previous month:
September 2017
Next month:
November 2017 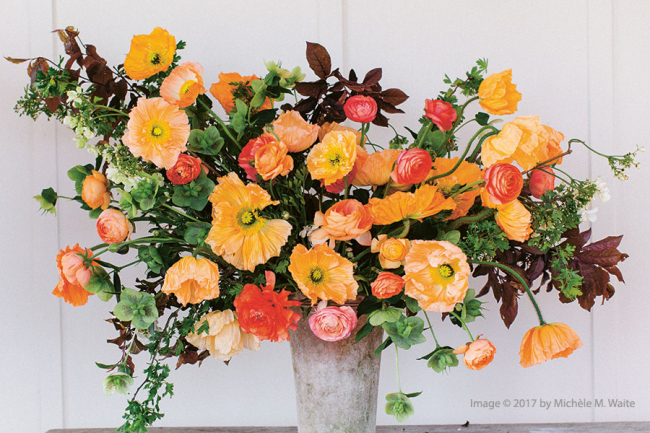 Our gardens are full of flowers and we like to have them in the house too but so many of us fail to make the best of our cut blooms. Which are the best flowers to grow for cutting at home? How should we grow them? How should we treat them to ensure they last as long as possible? How should we arrange them for the house? An inspiring new book by the owner of Washington State’s Floret Flower Farm aims to answer all these questions for gardeners on both sides of the Atlantic.

Floret Farm’s Cut Flower Garden by Erin Benzakein (with Julie Chai) is a lovely looking book. Organised by season, the challenge has been to adapt large scale commercial techniques to the needs of home gardeners. Few of us grow on the scale of Erin’s farm and none of us have the experience of growing so many different flowers. She wants us to do more than simply cut what we have plenty of and stick them in a jar. 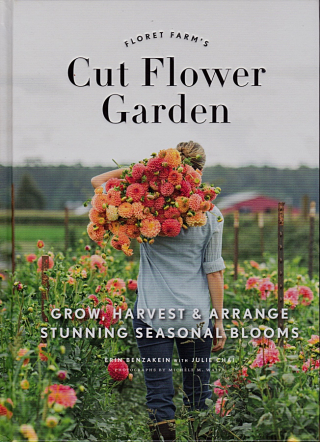 Which are the best? Erin does not say “grow this” or “grow that”, she simply covers a huge variety of flowers and leaves it up to you, from roses and sweet peas to flowering carrots and hellebores. However, I was very surprised to find that calendulas, annual asters and Shasta daisies are left out entirely. I’ve been enjoying one or the other – and sometimes all three – in a jug on my kitchen table for months.

How to grow them? The climate in Washington State is closer to the climate of the UK than it is to the climate in much of the rest of North America so although her cultural advice is excellent, growers in many parts of the US will have to adapt to their own conditions. I’d never heard the surprising advice to leave dahlia tubers in the ground for the winter but to divide them every year because otherwise they'll become too heavy to lift! Not in Britain!

How to make them last? There’s excellent advice on caring for cut flowers and for every flower covered there’s an invaluable Vase Life Tricks section which is perhaps the most universally valuable part of the book. This is the part I’ve used the most.

How to arrange them? Each seasonal section includes very useful step-by-step illustrated guides on how to create a series of arrangements in a variety of styles. Oddly, the individual pictures are quite small while a great deal of page-space remains empty. Seems a waste...

This is an elegant and very useful book, full of valuable advice presented attractively. But the fact remains that there’s no one book that provides all guidance we need. And no asters?! 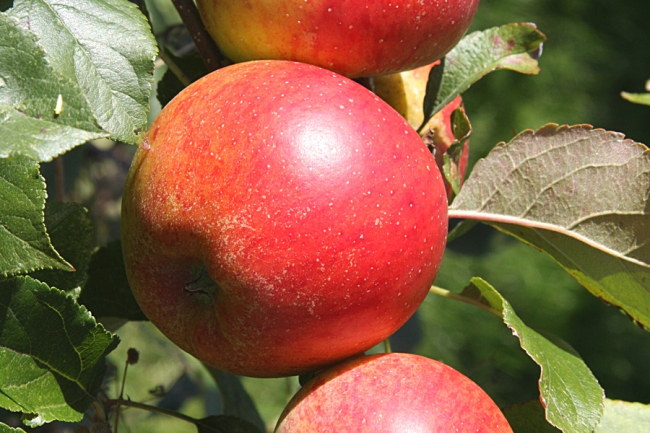 In one of my very first posts here on my Transatlantic Gardener blog – ten years and 861 posts ago – I commented on the number of apple trees growing by the roadside. Since then there seem to be more and more, as passengers throw apple cores out of their car windows although, unfortunately, some of the best British examples have been destroyed by road widening.

Now, having not really paid attention (I have to say), I find that an apple found by a roadside in 2003 was introduced in 2010. I spotted the story in the latest catalogue from Pomona Fruits, one of Britain’s finest fruit nurseries. The apple is called ‘Christmas Pippin’ and it’s an easy-to-grow version of Britain’s all time favourite apple, ‘Cox’s Orange Pippin’.

“The eating quality is exceptional,” say the good people at Pomona Fruits, “characterised by a sweet and aromatic flavour, lovely perfume and a very pleasant honey after-taste. The fruits are crisp and juicy with a melt in the mouth texture that makes each bite increasingly more pleasurable.” They also say that it’s “very easy to grow and produces reliable, heavy crops countrywide.” Sounds like the perfect apple and the Royal Horticultural Society thought it so good that they gave it their Award of Garden Merit in 2014.

‘Christmas Pippin’ was spotted by the side of the M5 motorway in Somerset in western England, assessed at Britain’s National Fruit Collection and at the country’s largest commercial grower of apple trees and introduced in 2010. It was awarded the Royal Horticultural Society Award of Garden Merit in 2014. You can read the full story here.

In this case it turns out that ‘Christmas Pippin’ is probably a seedling from a lost tree that once grew in an orchard nearby. It's available in Britain from Pomona Fruits but unfortunately it doesn’t yet seem to be available in North America.

But wherever you’re stuck in traffic, just look out of the window and see what you can see…

Posted at 09:00 AM in Aliens and Invasives, Edibles, Featured | Permalink | Comments (0)

Shasta daisies have come a long way in recent years, with developments on both sides of the Atlantic, and this year I’ve been looking at some of the recent introductions in my new trial garden.

The great American plant breeder Luther Burbank is said to have created the Shasta daisy using some creative, though now discredited, hybridisations between leucanthemums and related genera. He made pollinations between various species and genera but it seems certain that the resulting seedlings were not actually hybrids: pollination but no fertilisation.

The first double-flowered variety was spotted from a train passing through Norfolk in eastern England, growing wild, by Horace Read. On his return journey he’s said to have pulled the emergency cord, jumped out, dug up the plant and quickly got back on the train. That was in the 1920s.

These days, one of the leading breeders is North American, Terra Nova Nurseries, the other British, RealFlor, with other breeders in North America, Britain and Holland also making improvements.

This year I grew almost all the recent Shasta daisy introductions. I can’t make definitive judgements in their first season, the plants went in at different times and varied in size enormously, but a few things are clear.

The range of flower forms is impressive with neat doubles and tightly anemone-centred forms and, while we still have no pink-flowered forms, the yellow-flowered varieties are becoming increasingly impressive.

As I write in early October, most still feature a few flowers except for 'Shapcott Gossamer' and 'Shapcott Ruffles' which have been over for many weeks, in spite of regular deadheading.

Both ‘Real Galaxy’ (above, in summer) and ‘Goldfinch’ are still opening new buds, as is ‘Victoria’s Secret’ but its stems are so thin that they’re collapsing under the weight of the flowers. ‘Lacrosse’ had a break but this morning I see that it's producing new buds. ‘Real Charmer’ has no buds coming but the open flowers still look good.

Next season will be a much better test as all will be starting from established plants. I’m looking forward to it, and all thanks to Luther Burbank and Horace Read.