About Graham Archives Subscribe to this blog Get new posts by email
Grow, Cut, and Arrange
New Varieties in the Burpee Advent Calendar 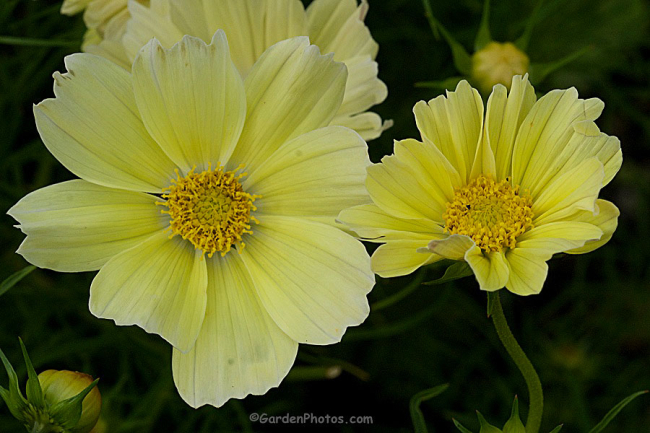 I grew some of the new cosmos on my trial ground this summer - with mixed results, I have to say, although some of that was my own fault.

I was especially interested in growing the two new lemony yellow varieties, ‘Xanthos’ and ‘Lemonade’ (above), side by side but also grew ‘Cupcakes’ and ‘Cupcakes White’, ‘Apollo White’ and ‘Capriola’ plus an impressive form of Cosmos atrosanguineus, Eclipse (‘Hamcoec’) which we’ll get to another time.

With ‘Capriola’, I messed up. I put the plants too close to a newly planted, dark-leaved hybrid elder that grew prodigiously, made over 2m high in its first season and bushed out to elbow the cosmos aside.

At the other extreme ‘Cupcakes White’ was superb. It was rather leafy at first, and not as early as ‘Xanthos’, ‘Lemonade’ and ‘Apollo White’, and started flowering at about 90cm with the purest white cups. Some flowers were simply cupped, some had a ring of slim, shorter petals around the golden eye. Lovely. 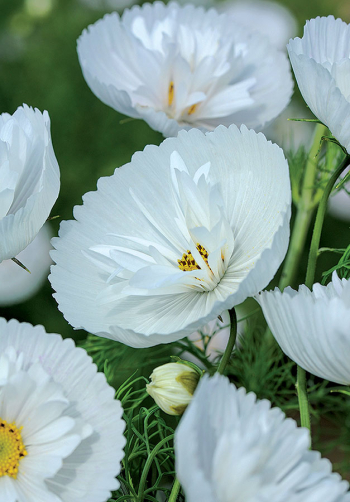 ‘Cupcakes Mixed’ turned out to be mostly white, but with a few flowers in magenta pink or palest rose and one in magenta pink with a crimson center. Not a very effective display, frankly.

‘Apollo White’, and indeed the others in the series, has made its mark in overtaking the Sonata Series as the gold standard in dwarf single cosmos. The whole Apollo Series was superb in the Royal Horticultural Society trial last year. Reaching 50-60cm, ‘Apollo White’ began flowering early but in early October started to collapse for no apparent reason. Still excellent, though.

Now we come to yellow-flowered ‘Xanthos’ and ‘Lemonade’. Basically, they’re the same. OK, British-bred ‘Lemonade’ was a little later into flower, a little leafier at first, perhaps with occasional pink tints slightly more pronounced. But, especially as summer wore on, you’d be hard pressed to say which was which without checking the labels. Both were strong yellow at first, maturing to soft yellow with a white center. Lovely. Dead headed every few days they both flowered well into October.

Next year? 'Cupcakes White' and 'Lemonade' - but I'll have to give them more space, that will be a challenge...